How to protect Golden Seal 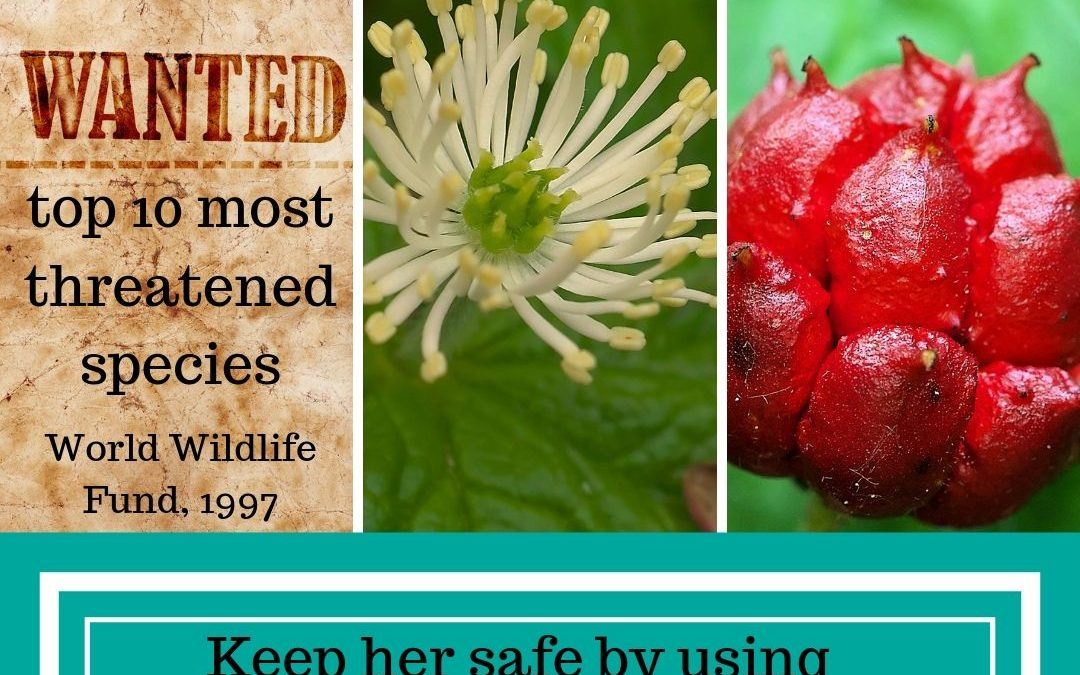 Golden Seal has been used by the Cherokee nation long before Europeans had heard of the plant. Traditionally used as a bitter herb to support digestive problems, it is now more widely known for its ability to break down catarrh and to overcome bacterial invasion thanks to its generous concentrations of berberine and hydrastine. Of course, for herbalists and lovers of plant medicine, golden seal is so much more than just these two uses. But there is a catch, golden seal is at risk. We need to protect her.

Why is she at risk?

Traditionally golden seal or Hydrastis canadensis, is wild crafted. This means people harvest the rhizome from where it is growing in the wild. I’m not dissing wild crafting. If done with intention and sustainability in mind, it is a good thing. There are rules that we abide by when wild crafting:

Unfortunately, we have become a little over excited when harvesting golden seal. This is partly because we use the rhizome, partly because we haven’t harvested sustainably; and because she hangs out in habitats which are declining. As a result she is at risk. In 1997, the World Wildlife Fund named golden seal as one of the 10 plants most wanted plants. This means she is in the top 10 of at risk plants harvested for international trade.

What can you do to protect golden seal?

Grow her in your garden. She’s a fascinating plant and makes an attractive addition to your ornamental garden as well. Beautiful huh?

Interested in keeping up with all things herbie? Check out our monthly newsletter and enjoy recipes, information on herbs and all things healthy.

This site uses Akismet to reduce spam. Learn how your comment data is processed.